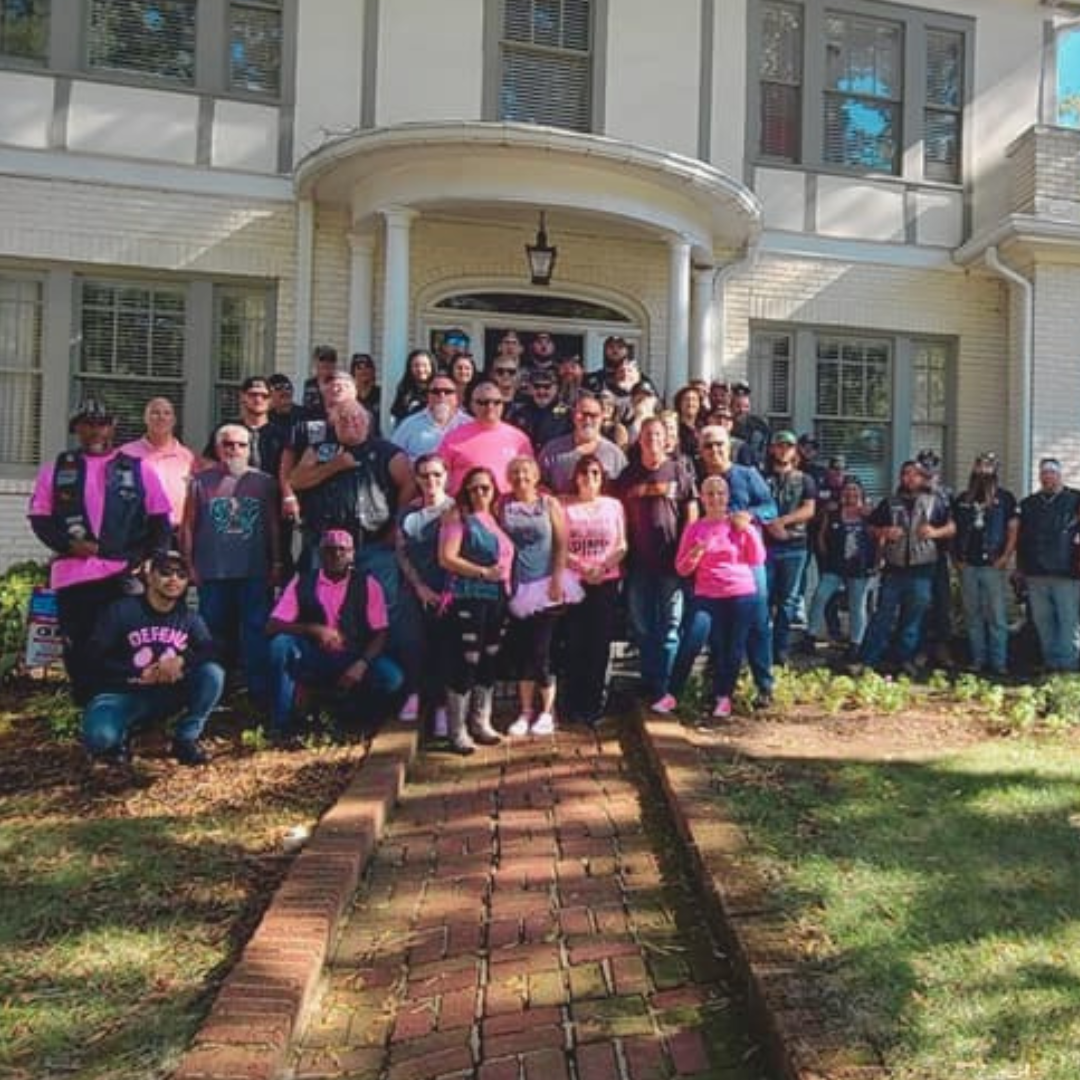 "When it came time to choose somewhere to donate for breast cancer awareness month I wanted to give to somewhere local, somewhere that operates on donations."

When Independence Harley-Davidson was looking for a beneficiary for their breast cancer awareness ride, Krystle Miller, their events coordinator, immediately thought of CBF. She explains, "I used to work at Levine Cancer Institute (LCI) right down the road from CBF, and I passed The Pink House every morning on my way to work." When she proposed making CBF the beneficiary of the ride, she says, "everyone loved the idea!"

The annual ride leaves from Independence Harley-Davidson, arrives on site at The Pink House to draw attention to our mission, and motors back to the dealership for more festivities and fundraising. The caravan of riders followed by non-bikers in cars is a force to be noticed! In addition, they donate all the proceeds they collect from riders, customers, and event participants directly to CBF. With a police escort leading the way to The Pink House last year, they raised over $1,000.

Shares Krystle, "Being able to give back is very personal to me because I developed many close relationships with breast cancer patients when I worked at LCI. So last year when my worlds collided--my love for motorcycles and my former oncology background--it was an overwhelming feeling. I cried the second we all left the dealership on the bikes."

This year, Independence Harley-Davidson's breast cancer ride is October 22nd, with even more exciting features, including free food and drinks upon returning to the dealership, as well as live music from the band First Ladies of Honky Tonk, of which one of the band members is a breast cancer Survivor.