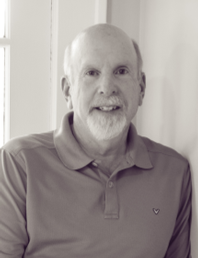 The possibility of breast cancer was not on Stuart Cojac's radar at all. That's why, in many ways, Stuart has his heart to thank for early detection and treatment of his breast cancer.

After having a heart attack and open heart surgery, Stuart's cardiologist kept him on a consistent schedule of check-ups and monitoring. During one of these visits at the end of 2002, Stuart asked his cardiologist to look at an unusual lump Stuart had noticed on the side of his chest. The cardiologist sent him directly for a mammogram which was followed by a biopsy. To Stuart's surprise, he had breast cancer.

Says Stuart, "I had not really thought about breast cancer, but the lump I felt was worrying me, and fortunately I acted on my concern."


Because breast cancer is much rarer in men, there is no prescribed self-check or mammogram. And because many men don't realize that they can be at risk for breast cancer, they may ignore signs that would otherwise help with early detection. In fact, research shows that the stage of breast cancer at the time of diagnosis is often more advanced in men than compared to women. Survival rates are also lower, in part due to lack of early detection..

In Stuart's case, the early diagnosis and surgical intervention, coupled with very favorable pathology results, meant that he did not require radiation or chemotherapy. His surgery was followed by five years of treatment with the hormone-therapy drug arimidex, which was fairly new at the time.

"Due to my previous heart attack," Stuart explains, "I did not want to chance taking drug therapy with tamoxifen. Also, thankfully, the fact that I did not require chemo or radiation meant my heart was not put at further risk that can result from such treatments."

Seventeen years later, Stuart is still grateful that he mentioned his concern to his doctor and was able to be diagnosed and treated in such a timely way. He's also putting his heart into giving back to support other women and men with breast cancer. You can find him at the Pink House on the third Monday of every month, teaching his retirement hobby of jewelry making. He also donates profits from the sale of the jewelry he creates.

What has Stuart taken away from his experience with breast cancer and his volunteering at the Pink House? He shares, "Breast cancer can occur in anyone--rich or poor, male or female, whatever religion, skin color or nationality. Such a diagnosis calls us to realize our lives are mortal ones, and that each one of us is no more or less than the next person. We are all human."
Join Stuart and other Survivors at the next Jewlery Making Class, which normally occurs the third Thursday of each month. Lunch is provided. See the Calendar to check for the next available session.