Common Chemicals May Act Together to Increase Cancer Risk 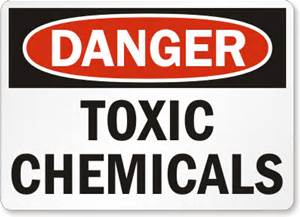 In the study, the researchers studied the effects of low doses of 85 common chemicals classified as non-cancerous to humans. The chemicals included bisphenol A (BPA), which is used in many rigid plastic products and on the shiny side of paper cashier receipts; rotenone, a chemical used to kill many insects; and triclosan, an antibacterial compound used in soaps, hand sanitizers, and cosmetics.
Using large databases of cancer information and models that predict cancer development, the researchers compared the chemicals' activity in the human body to 11 cancer "hallmarks" -- patterns of cell and gene activity linked to the early development of cancer tumors.
The researchers found that 50 of the 85 chemicals were linked to one or more of these cancer hallmarks, even at low doses that have been considered safe. For 13 of the chemicals, the researchers found what is called a "dose-response threshold." This means that there was a level of exposure that disrupted cell function so much that it would be considered toxic by the regulating agencies.  Read More